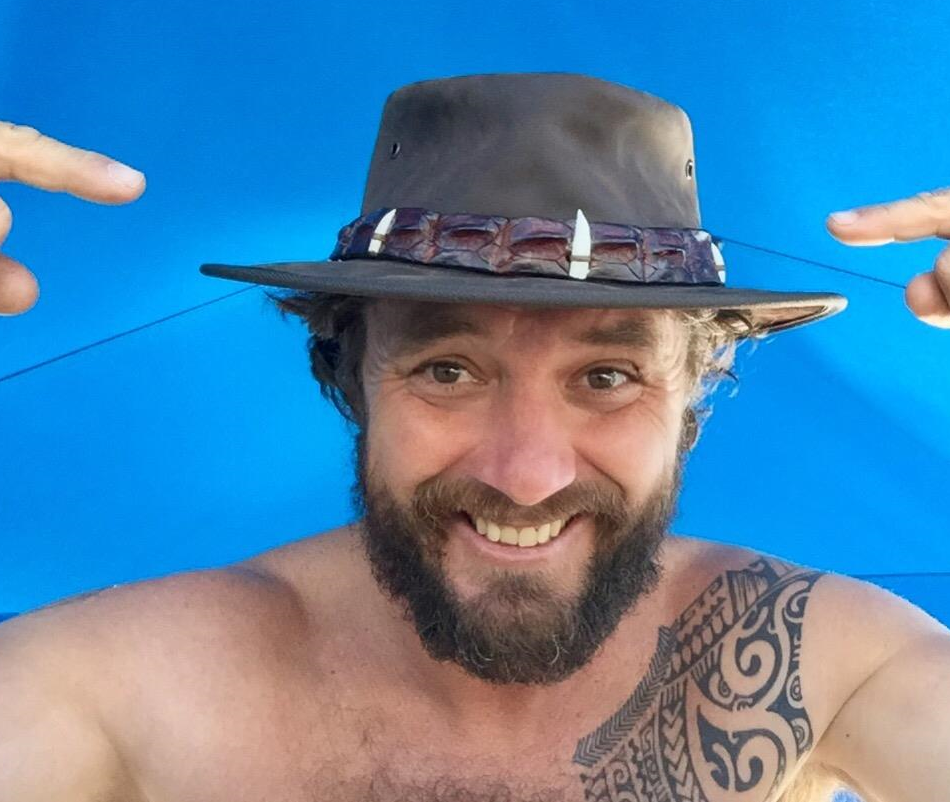 How to describe Guillaume....extroverted, dynamic and project driven. Ridiculously annoyingly compulsive. An enthusiastic and madly affectionate Papa. An unconstrainable fun ball of energy and of course, irresistibly handsome. Guillaume set sail from France when he was just eight months old. Back in 1979, his parents had built their sailboat and left for their quest for adventure as one of the first sea faring families. Growing up he explored the world with his two big brothers, and lived aboard their sailboat until he was 12 years old. Going to school in Africa, Belize, Canada and France, Guillaume is at ease adapting to new surroundings and has been independent from a young age. It is Guillaume’s dream to share this sailing lifestyle with his children. Where to find Guillaume....usually on the water or in the air...when there’s no wind - he’ll be off surfing. More wind and its to the mountains to paraglide. If theres strong wind he’s off kitesurfing... thats if we’re not sailing!

How to describe Jo...Easy going, with just the right amount of madness! Sometimes manically obsessive - she’ll often be caught cleaning the oven with a toothbrush at 1am. She’s the beautiful mother of my beautiful girls. A ‘Pescatarian’, basically she can eat everything appart from meat. Her philosophy is quite original. She’ll only eat what she could kill herself!! Cows, chickens, lambs... no way... Thank god Jo doesn’t feel as emotionally attached to fish! Jo grew up in a village in England. Happiest when out walking the dog or with horses. Brought up enjoying the outdoors, she is an artist at heart and loves the quite creativity of painting and drawing. Being used to the security of suburbia and without setting foot on a sailboat. Jo’s upbringing was very different from mine. It must be proof that opposites attract!!! Where to find Jo...scrubbing something, reorganizing or list making at any time of day or night. Teaching Juju how to break eggs, then instantly regretting it. Lying lifelessly seasick on deck mumbling commands to the captain and saying never again! Under the water watching the fishies or above the water on the SUP or canoe feeling alive. 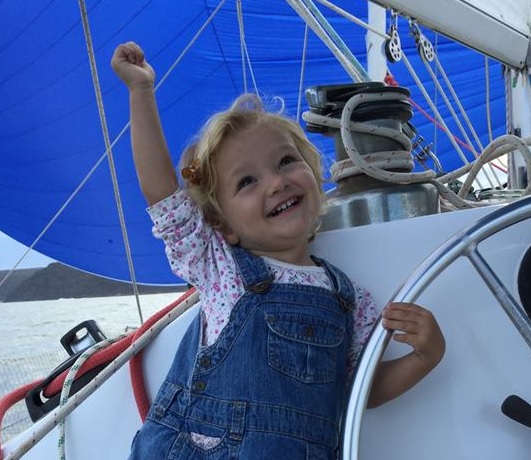 Moved onto the boat and began sailing not long after her first birthday. Juju puts the smile on our faces in the mornings, is the star of our photo shoots and the love of our lives. She finds adventure everywhere she goes. 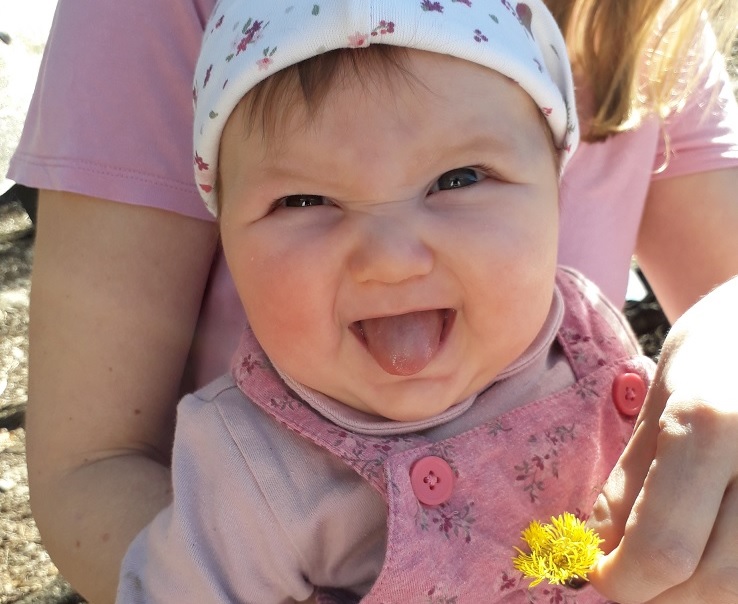 Born with a smile, she’s super easy going and fills up our hearts with joy and happiness. She’ll be going to sea for the first time in May 2019, when she will be just 6 months old. She adds an extra sparkle to our adventures.
Share
FacebookTwitterGoogle +Pinterest