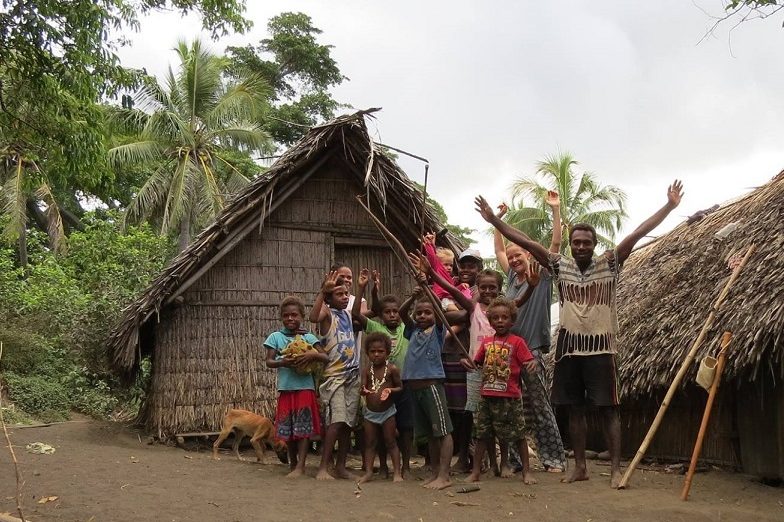 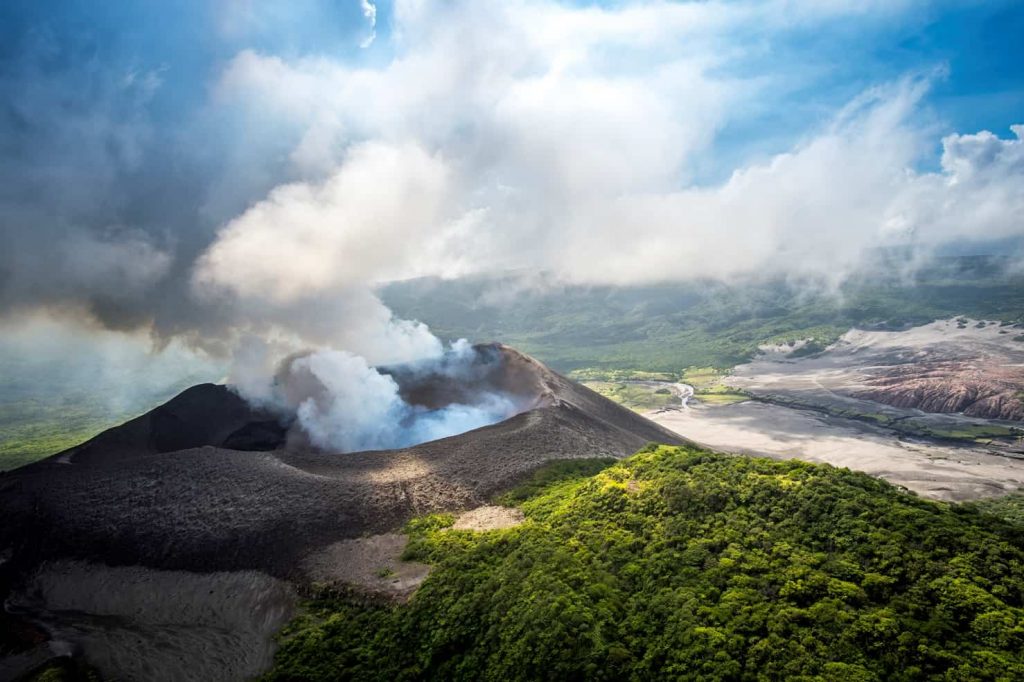 During our crossing of the Pacific we stopped at the Island of Tanna in the Vanuatus. During our time there we were made aware of the problems that the local community were struggling with in regard to losing access to their ancestral lands. We decided to try to spread the word on their behalf and raise funds for a lawyer. There battle is ongoing and we wish to support them in this fight, no matter how  long it takes.

We started an internet campaign in October 2017 with the goal of raising 600€ that was needed quickly for court proceedings. We collected 1350€ so far and that money has been sent to the community to start an appeal and pay a lawyer to validate the claim to the rights of the land.

Here are the details of our campaign

AID PROJECT FOR THE RURAL COMMUNITIES OF YASUR IN THE VANUATU

The small Island of Tanna in the Vanuatu is in need of our help as rural communities are at risk of losing their ancestral lands. They are facing a battle over the right of access to the Mt Yasur Volcano. This is one of the world’s most accessible active volcano and a popular tourist attraction. However, the local community has been explaining to us how they are far from seeing any benefits from the growing tourism, there has been no explanation of where the profits of the entry fees are going. They are losing access to their lands and any potential income they could get from this extraordinary site.
We first became aware of the difficulties in this area in 2015, when a good friend of ours Ludovic Moulou came to the Vanuatu after the devastation that was caused after cyclone Pam. Crops and houses were lost and the rain forest ravaged. Nature is thankfully returning the area to its former glory and various aid programs have helped the people get back on their feet.
We have been in Tanna for a very short time, but what we have seen here has greatly marked us.
We met Philemon through friends that already been visiting here. Philemon in the last two years has taken the place of his father as the chief responsible for the eight villages that surround the Yasur Volcano, he is also the representative of these villages in government. He is a young dynamic chief with the great desire to defend his people but through the countries laws and not with violence.
Philemon explained to us the problem that his community is facing. A private company has built an entrance to the Mt Yasur volcano and asks an entrance fee to those tourists who wish to visit. The problem lies in the fact that this company has built, with probable government approval, on the lands of Philemon’s people. We can clearly imagine that a large company offering a tourist trade income and to globally put Tanna on the map, would be very interesting to a government that has very little money.
He explained to us that the local communities do not see where the profits from this entrance fee are going and there has been no communication or visibility on what this company is actually doing to help the local people. The volcano is now a guarded area where access is forbidden.
Local people have lost the right to access this land and their is no possibility of tourists having the choice of seeing the volcano through any other means, such as a local guide organized by the villagers.
Philemon then showed us papers of his right to this land that has been previously declared in court and explained how they were in the process of talks with a lawyer to claim back the rights of their land.
Talking with other local village chiefs, who live in a very orderly society with frequent meetings to discuss the matters that are affecting their people, we became aware that although our small gifts of clothes, toys and food where appreciated, they are on the brink of fighting a much larger battle, where our money could really make a difference.
We decided that the relatively small amount of money they need to pay the lawyer to help them be fairly represented in court was something that we would like to help them with, and this is where this facebook action could really help make a difference.
The community of the Yasur region have made us incredibly welcome during the small amount of time we have been here. They live in a different world from us, where although they have very little in the way of material wealth, they happily open their doors and hearts, showing us a different way to live.
A packet of rice is a luxury item for them, which they are all too quick to offer when we sit down together to eat. They work hard in the most beautiful ‘garden’ that provides for them almost all their income and food.
This small population have always fought to preserve their customs and their way of living and talking with them about their current struggle to conserve their way of life in the ever growing influx of tourists has left quite a mark on us. Yes, tourism and modernity will and has reached them, but if with this small action we can help them keep their rights of land, the decisions will then be in their hands as how they wish to move forward.
We need to raise 70 000 Vatu, the equivalent of 600 Euros to pay the lawyer to represent their case in court and we have 10 days to do so before we leave the Island. Anything raised above this would be a huge bonus for this community’s struggle.
When we spoke to Philemon of our project to try to help raise the money, his reaction was, ‘but I haven’t asked you to do this’ he was deeply touched that we wished to help his people and has organised a meeting for Guillaume to speak with the local chiefs and the lawyer they wish to represent them in court. We feel that we have come at a time when action needs to happen quickly for these people to keep their land and their rights.
If you feel that you would like to help by sending any amount of money, our friend Ludovic has opened the following link for donations https://morning.com/c/kPTGR/les-habitants-du-volcan-YASUR, as he did after cyclone Pam. The donations given will directly reach these people. There is no middle man and no percentage taken…next Monday Guillaume will make the trip, 3 hours by 4×4 jeep to the main town to take the money straight to the community. Thank you for taking the time to read this and with your help we can make a difference. 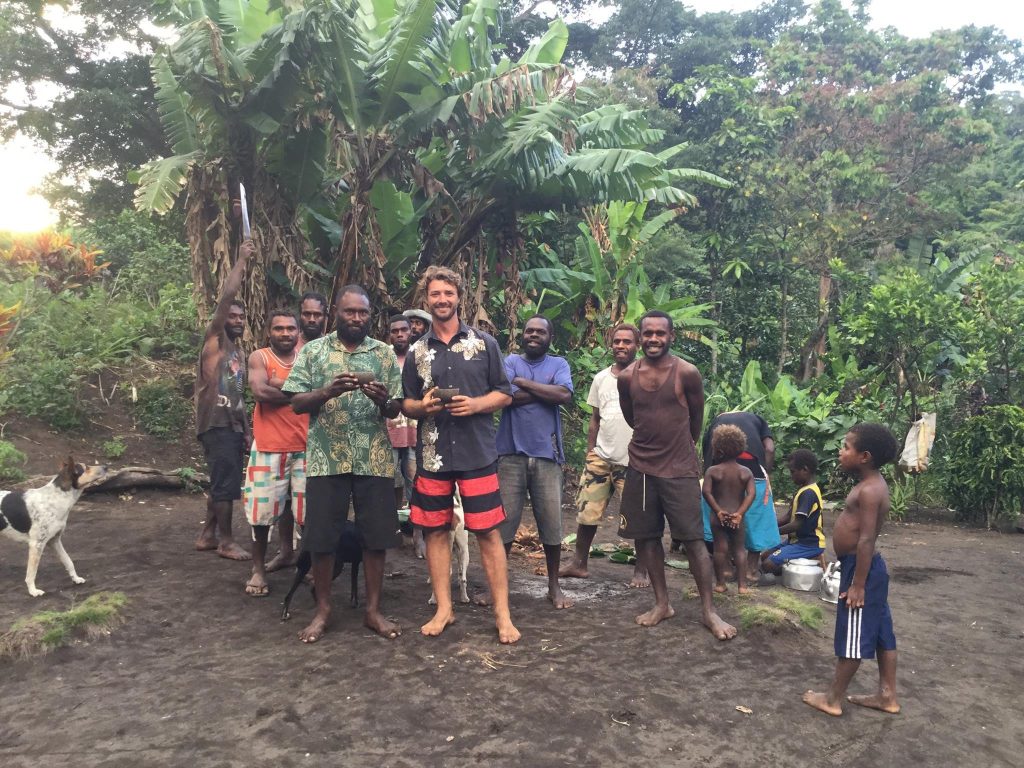 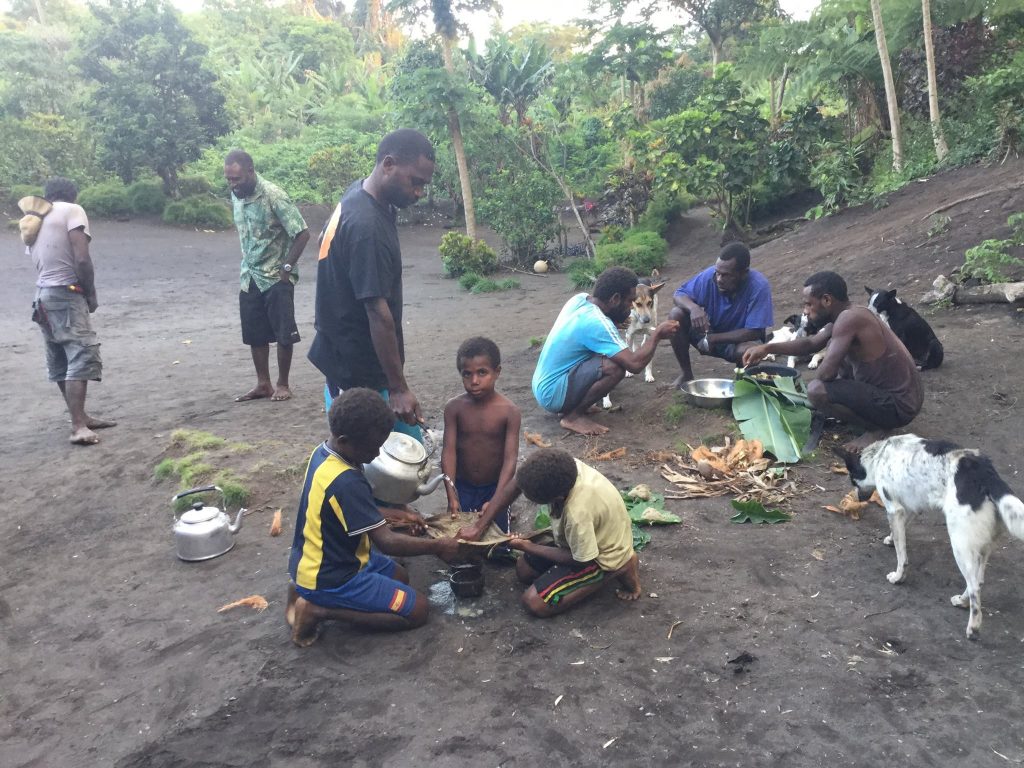